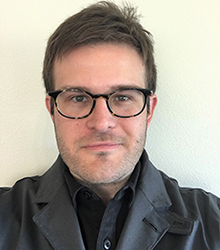 BA - The College of William & Mary

Justin Fowler teaches studios in architectural design and seminars in history and theory in the urban architecture specialization. His doctoral work centers on Pragmatism and the tectonic aesthetics of social and psychological relief in U.S. architecture and urbanism from the late 19th Century to the New Deal, and his contemporary research concerns public health and precarity in the built environment, climate action, anthropotechnics, housing, aging populations, narrative practices, games, and exchanges between physical and digital media environments. His writing has appeared in publications such as Volume, Harvard Design Magazine, Thresholds, PIN-UP, Domus, and Topos, and he has given talks at the GSD, the University of Virginia, the Cooper Union, and the Storefront for Art and Architecture, among others. He is an editor of Public Natures: Evolutionary Infrastructures by Weiss/Manfredi (Princeton Architectural Press, 2015) and a founding editor of Manifest: A Journal of American Architecture and Urbanism, the recipient of two grants from the Graham Foundation. He has worked as a designer for Dick van Gameren Architecten in Amsterdam, Somatic Collaborative in Cambridge, and managed research and editorial projects at the Columbia University Lab for Architectural Broadcasting (C-Lab) in New York.

“Elastic Compensation: Lewis Mumford’s The South in Architecture,” in Volume magazine, No. 41, “How to Build a Nation” (2014).

"On Geography," in Invention/Transformation: Strategies for the Qattara/Jimi Oases in Al Ain, Harvard GSD (2010).